You Can Only Make One Point

I attended the TEDx UofM event last Friday and listened to fourteen different speakers. I was given a small booklet to write notes in. With fourteen speakers, each talking for thirteen minutes and a tiny book to record their thoughts, I figured the best thing to do was to distill each talk down to its one, single most important point.

Some speakers tried to cram many points into their short window of opportunity. Some speakers didn't really have a point at all. Some speakers nailed it perfectly. Those were the ones I enjoyed and remembered the most.

If you are ever blessed to do a TEDx or even a TED talk, do me a favor. Pick one and only one point, Then make that point as powerfully as you can.

In fact, making one point should be your mantra that will help you in many aspects of your business life.

Designing a website?
Make sure each page has one and only one clear message/action. Your click rates and conversion rates will skyrocket when you give each page a clear and singular purpose.

Designing a new advertisement?
Make it about one thing and one thing only. Drop the unnecessary fluff like your address or phone number. If you make a strong enough point, they'll find you.

At the end of your commercial, the handful of people who lightly paid attention can only remember one thing from it at the most, so make sure the one thing they remember is the one important thing you want them to remember.

Sending out an Email?
Make it about one thing. If you have two unrelated points, send two emails. First, it allows the receiver to reply to each point separately and avoids any confusion to which point they are replying. Second, it allows them to store the email for future reference in the appropriate folders based on their storage system.

Applying for a Job?
There is one skill or trait that sets you above the rest of the applicants. Highlight that trait. Make it the single most important point of all your communication. If you win that trait, you've won more than half the battle.

The more points you try to make, the more you weaken the original message.


There is a classic story of a copywriter of a big company called into a meeting with the advertising committee to go over the new campaign. The chair of the committee explained they had narrowed down the campaign to twelve points they needed the copywriter to make. After explaining all the points in detail, the committee chair realized the copywriter hadn't been taking notes. When he asked the copywriter about this, the copywriter reached into his bag and pulled out board with twelve nails pointing straight up. Next he took out a frying pan and to everyone's surprise, slammed it down on the bed of nails. He held it up so that everyone could see the tiny indentations in the bottom of the pan. Then he took out another board with one solitary spike on it. He slammed the pan down right over the spike. The spike easily pierced the pan, sticking the pan flush to the board. He looked up at the chair and said...

"Now, how many points did you want me to make?" 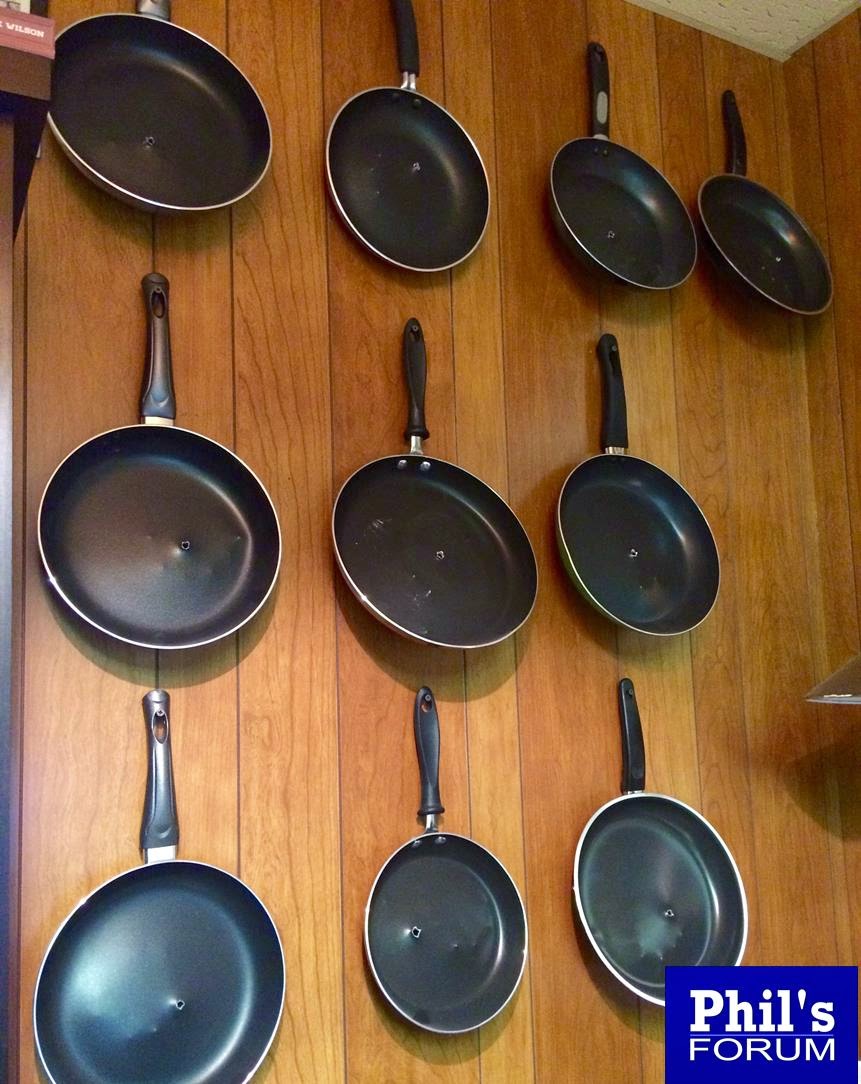 Make only one point and make it well. You are more likely to get your point across. It works in so many ways.

PS This works with your staff, too. Work on one issue at a time. It works with your vendors, your customers, even your children and spouse. Make one point and only one point. Once you get that point across, then you can move onto another point.
Posted by Unknown at 6:00 PM No comments: Links to this post

Your Customers Already Have the Power

Your customers have incredible power. They can take your business down overnight. One unchecked and unanswered complaint, one un-refuted accusation, one video of something you did wrong going viral, and you're gone. 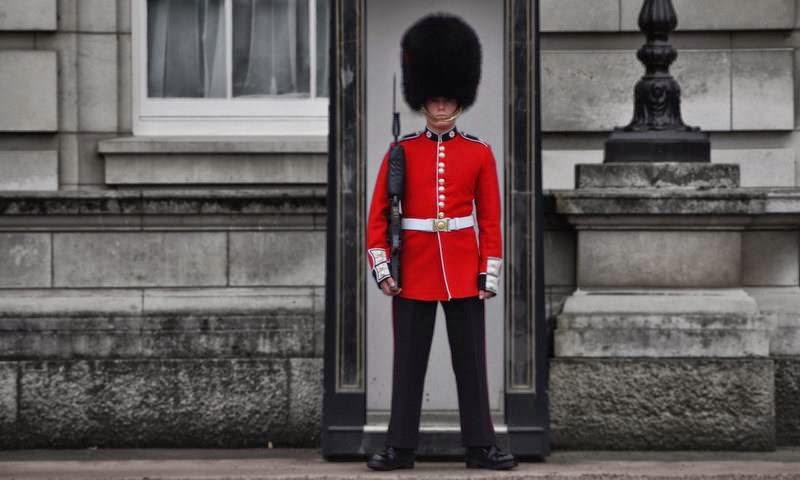 It didn't use to be this way. You used to have all the power. You controlled access to the products. You had all the information. You were the gate-keeper. The customer had to go through you and your policies to get what she wanted.

All that has changed. Thanks to the Internet your customer often knows as much or more about the product than you do. She also found fifteen places where she could buy it without leaving her house.

Never before in the history of retail has the customer had this much power.

According to Tom Wanek, that's a good thing. In his book Currencies that buy Credibility, one of the ways you can earn your customer's trust is by giving up Power & Control. He gives the example of an online shoe seller - Shoeline.com - that puts complete and full reviews (regardless of how good or bad) right below every shoe they sell. They show the warts and all and let the customers know up front what people think about each pair. They don't try to hide anything.

You know that nothing is perfect, right? So does your customer. She knows that everything has a downside and no matter what you try to sell her, she will be looking for that downside. By showing the downside up front, Shoeline.com is building trust. Their transparency of the downsides puts the power and control into the hands of the customer.

Zingerman's Deli in Ann Arbor, MI has another interesting take on transparency. They tell all their employees all of their financials. They believe it is better for everyone to know what is going on with the company. Their experience is that it gives the employees some level of control to know how they influence the financial well-being of the company. It works. They now have nine different parts of their business and do tens of millions of dollars.

She already has most of the power, yet she's standing in your store. No sense holding on to what little power you have left.

PS Speaking of transparency, I don't get a single penny from any affiliate programs. Tom did give me some free books for a class I was teaching a couple months ago, but I write about his book not for any financial gain (other than yours). I get paid through my retail business at Toy House and for doing speaking gigs. I write this blog and give away information for free because A) I can, B) I love helping. I've done these posts about Trust because I believe it is one of the single most important tools indie retailers have left that we can use better than our competitors.
Posted by Unknown at 12:54 PM No comments: Links to this post

Sometimes No Actually Does Mean Yes

No means No.  Most of the time I agree.

Here is where it doesn't. When your No leads to their Yes. 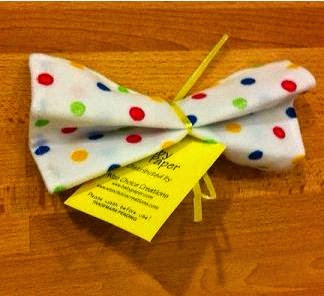 They said no to an opportunity for more sales and more money. And many, many more stores that had maybe been on the fence about carrying their product just said Yes to them.

We're talking about Trust. Trust is the most critical element you have to earn to grow your customer base and increase customer loyalty. In Tom Wanek's book Currencies That Buy Credibility, one of those currencies you can pay is Opportunity.

Tom brings up the Toyota-founded company Scion that makes those funky, weird-looking vehicles. Scion could sell tons more vehicles than they do, but they don't want to be a mass-market company. So instead of ramping up production, they limit it and scale it back so that their vehicles remain rare and funky. Their customer base, having seen them forego opportunity to remain true to the original mission, has a level of trust far higher than otherwise.

There are certain toys every year that I just say No to. Why? Because they don't have the Play Value that is so necessary for children. Could I sell a whole bunch of these other toys? Sure. They have shelf-appeal and advertising behind them. But if I spent decades talking about Play Value and then started selling these toys, I would lose all credibility the moment I put those toys on the shelf.

When you say No, you mean No. But sometimes your No leads to another person's Yes.

PS The picture above is a product called Baby Paper. Yes, I plan to order it. They earned my trust. I want to repay it. That was my initial reaction and it will be your customer's initial reaction when they see you turn down opportunities just to remain loyal to your mission and your current customer base. Not only will I order, I'll tell others like me to order. Not only will your loyal customers remain loyal, they'll bring others like them to the table. That is what Trust does.

Posted by Unknown at 12:34 PM No comments: Links to this post

We All Get Distracted

I haven't written in almost a month. I got distracted. It happens. 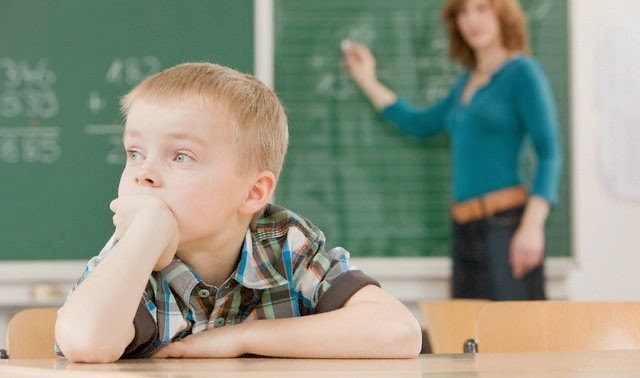 This blog isn't my first job. Technically it ranks around four or five or maybe six. I have my family and Toy House up there at the top. I have my Daddy Class at the local hospital. I have my paid gigs like the Jackson Retail Success Academy and other workshops and seminars (I'm writing this from a hotel room the night before I talk to a group of pet store owners).

This is not an excuse, other than to remind you that it can happen to any of us. The best thing you can do when it happens is apologize, pick up the pieces, and get started again.

I'm sorry for not writing more. But I'm back now with a better focus. I'm working on some great new concepts for the remainder of this year including a new website and a more tools you can use right away to make your retail business more successful. And yes, I am still devoted to giving you free content. Look for some new Freebies by the end of April.

Thanks for your patience.

PS Yes, I will finish the segments on Trust I started back in January. I believe that trust is more important today than it has ever been. Trust is why your customer will believe her sister-in-law's uneducated guesses to be more reliable than your thirty years of experience with the products.
Posted by Unknown at 7:24 PM No comments: Links to this post