Using Quotes to Train Your Staff

I love quotes. One of my favorites is this beauty from Eleanor Roosevelt...

I use quotes during staff meetings. I use them in all my presentations. I use them in our team newsletters. I use them here in this blog. I often wonder, however, if my staff is getting the same ideas from the quotes as I do.

So I decided to test it. 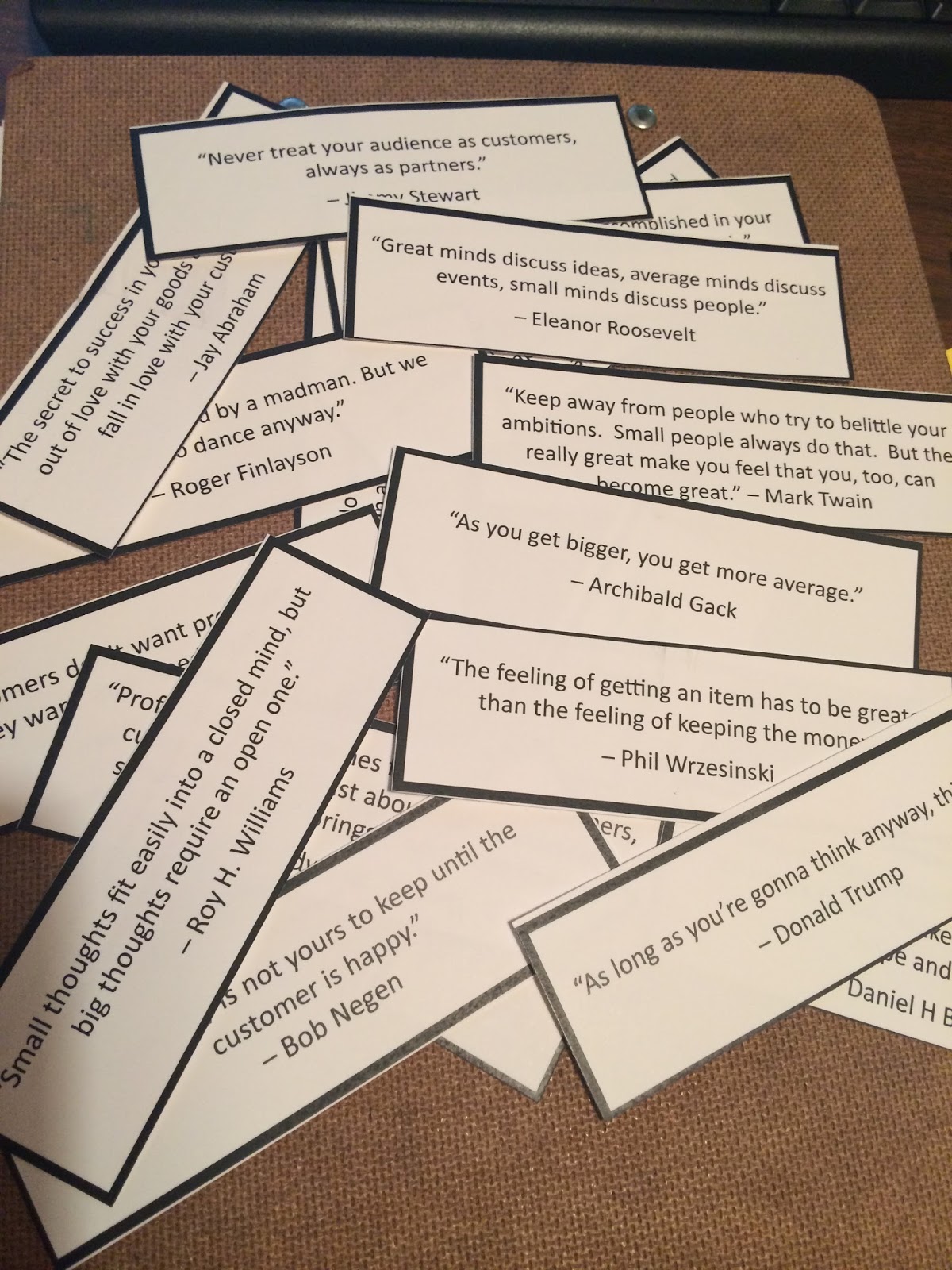 I took 17 quotes (yes, a random number on purpose) that in my mind fell into three different categories. I printed three sets of them on individual cards and split my staff into three teams. I gave a set to each team and asked them to group the quotes into three categories - any three they wanted. They could use whatever criteria they chose to group the quotes such as content, timeline, length, alphabetical. I expected they all would sort by content, which they did. I then asked them to explain their categories and rationale for putting the quotes where they did. Finally, I asked them to explain what those quotes meant to them and the business.

Here is where it got interesting...

First, all three groups came up with the same basic categories - Big Ideas, Customer Service, Money. That wasn't surprising, as those were the three categories in my mind when I chose the quotes (except that what they called Money, I called Sales).

Second, however, they didn't all put the same quotes into the same categories. One had a quote in Money that another group had in Customer Service that the other group put in Big Ideas. Same quote, three different categories.

Third, I got both of the results I wanted. We had a fascinating discussion about the quotes, what they represented and how they applied. We were discussing ideas. I also got to peek into how they think about the quotes and about the store. The insight just from labeling the last group Money was important. It was a reminder to me (and to them) that we sometimes think and sell out of our own pocketbooks instead of the customer's and that they look at Sales as Money. We'll be exploring those concepts in future days.

We finished the meeting with a discussion of what Big Ideas means to their jobs and to delighting the customers. That's always a discussion worth having.

PS If you would like a Word doc with 69 of my favorite quotes I have culled over the years, shoot me an email.
Posted by Unknown at 11:46 AM